Whistler, nestled in the mountains
only 40 kilometres inland from the
Pacific Ocean and a two-hour drive
from Vancouver, attracts two million
visitors every year.

It defines recreation – and not just for
its unparalleled skiing. It has become
Canada’s foremost year-round vacation
spot.

Whistler also has an arts scene that is
not just alive and well, it’s thriving.

Centre for the Arts

When the 2010 Olympic and Paralympic
Winter Games were awarded to Whistler
and Vancouver, the local arts, culture
and heritage community was already
actively engaged in expanding the
Whistler experience. So the games
were used as a catalyst to enlarge and
spotlight its arts, culture and heritage.
As a result, it was designated as the
2009 Cultural Capital of Canada.
Painters, sculptors, ceramicists,
multi-media artists, writers, actors,
playwrights, photographers and
filmmakers all call Whistler home and all
contribute to enrich the local arts scene.

Daydreaming about travel and our photoshoot in Sai 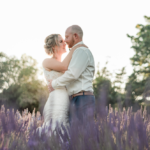