There’s a lot of buzz about drone wedding videography that offers breathtaking cinematic shots and birds’-eye views. It’s a hot trend for sure. Adam Sax, CEO and co-founder of Toronto-based The Sky Guys Ltd., says demand has grown exponentially over the last year. Today his company deploys drones to cover as many as five to 10 weddings a week even though Drone photography has only been offered by wedding photographers for the last couple of years. Initially embraced by hobbyists and commercial users alike, drones have more recently been used in applications such as real estate surveys, search and rescue, and event photography.

But we see YouTube videos of drones crashing into trees and even bridal parties, so Today’s Bride decided to investigate. We found that drone photography (also called aerial photography) can be beautiful, but yes, there are some risks. The good news is that there are ways to minimize the risks.

Here’s what you need to know:

What It Is: Practitioners mount a camera on a remote-controlled, unmanned airborne device (usually referred to as a drone or quadcopter) and send it up – usually to a maximum of 400 feet. Wedding photographers use drones to capture still shots plus location video shots.

What’s the Big Deal? Paul Baur, the Vancouver-based director of Canadian operations of unmanned systems for Kaizen Kinetics International says: “It gives an event another dimension altogether.” Drones offer height, camera angles and manoeuverability that was once only available with helicopters or special cranes.

There’s More to Come: More applications for weddings are still being discovered. For example, Adam Sax says capturing surprise proposals is the latest thing. “We can film their proposal from the air – from a distance.” The East Asian community uses drones to capture the drama of the baraat or groom’s procession.

Weather Limitations: On the downside – drones can’t fly in inclement weather. Paul Baur says drones need a minimum of one-anda – half to three-mile visibility plus a wind thresholdof no more than 25 to 30 miles per hour to operate. And while Adam Sax says you can pilot drones in winter, there’s a limit: “We can fly in up to minus 20 degree weather.” So discuss bad weather contingencies with your photographer. The Sky Guys return a couple’s deposit and there’s no charge if wedding day weather precludes drone flight.

The Right Venue: Drones aren’t a good fit for every wedding. Paul feels outdoor weddings are best suited to drone shots, and even then couples should discuss their site’s tree coverage or other obstacles with their photographer. Adam stresses the need for a proper launch area at the site. “We need a launch area where we can safely, away from people, take off and land the drone.”

Operator Experience: Adam recommends that you interview potential photographers carefully. He alludes to “illegal drone operators” out there. In Canada, commercial drone operators must have a special flight operating certificate (SPOC) from Transport Canada. Ask to see a photographer’s certificate, ask how long the company has held it and enquire about liability insurance. “We hold $5 million in liability just to be safe.” Couples should ask to see examples of previous work and ask what kind of equipment they use to “sniff out any amateur drone operators”. He says seasoned professionals will have invested in professional grade digital camera equipment.

Cost: Costs can vary, but Paul says you should expect to pay anywhere from $300 to 700 an hour. These shots from the sky are trendy and hold a wow factor, but keep it all in perspective. Ultimately, drone photography isn’t meant to replace traditional photography. It’s just a really cool addition to your photographer’s tool kit.

What’s best for you and your wedding? Your wedding venue, your budget and your personal preferences can all help you make a decision that’s right for you. 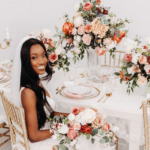 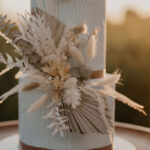 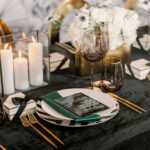