Switzerland is best known to travellers for its mountains, which attract skiers from all over the globe. But there are other attractions: It can be a glorious destination whether you’ve packed your hiking boots, a snowboard or just a good book and a pair of sunglasses.

It is a small country that looks on a map as if it could comfortably fit into a national park. Nevertheless, Switzerland packs in a continent-worth of natural wonders, culture and history.

The country is landlocked, bordering France, Italy, Austria and Liechtenstein and Germany. These varied cultures have made it a showcase of three of Europe’s most distinct cultures.

The total population is made up of 65 percent German, 18 percent French and 10 percent Italian. Religion breaks down to 48 percent Roman Catholic and 44 percent Protestant.

To the northeast is the beer-drinking, sausage-eating, German-speaking Switzerland. To the southwest is wine drinking and shopping that spills into France. In the southeastthe sun warms cappuccino-sippers loitering in Italian-style plazas. And in the centre, you discover classic Swiss flugelhorns and mountain landscapes. Binding it all together is a distinct Swiss mentality.

Public transport (train, boat or bus) is the most comfortable and relaxing way of discovering Switzerland. A panoramic rail trip through the Alpine scenery, a romantic boat trip on a river, or an excursion with a nostalgic paddle steamer on one of the famous Swiss lakes can be an unforgettable experience.

Outdoor weddings have never been more popular. And

This gorgeous couple is on todaysbride.ca today, s 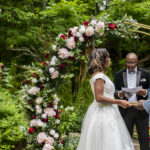 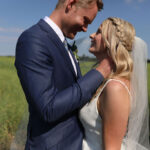