Kathryn and Jordan met in 2006 after she graduated from York University. She had just come out of a long term relationship and wasn’t exactly ready to settle down, but when they were introduced through a mutual friend, there was really no turning back. They quickly became inseparable and moved in together three months later. Jordan always wanted to start a family but the bride insisted on being married first. Both their dreams came true when everything happened at once. January 2011 was a very exciting month. “We bought a puppy, became engaged one week later, and found out I was pregnant three weeks after that! Life was about to get very exciting.”

The couple was married on July 1 in a celebration that paid tribute to Canada Day. Their colours were red, white and ivory and the setting was Muskoka-inspired. They had a lakeside wedding at The Royal Ambassador in Caledon, Ont., and drew upon the cottage feeling to impress their approximately 200 guests. “Our best moment was standing together as husband and wife looking out over Innis Lake,” says the bride. “In the background “Oh Canada” was playing and one of the most beautiful firework displays we had ever seen was right before our eyes. Jordan looked at me and then kissed me.”

Shutterhead Photography captured all the beautiful moments, including that magical kiss.
The couple had many other favourite details from their big day. “From all the decorated candy jars, to the baskets full of bug spray and sun block (cottage necessities), to the directional sign post and the poster-sized sign that read, ‘The best things in life are meant to be shared,’ I can’t say we had one favourite detail,” says the bride. “We just wanted to create that cottage feeling and add a personal Canadian touch.”

the best things in life are meant to be shared

When you find your life "co-pilot", you just know!

Another new dress to love! This time from @palomab

Next up from fashion week: loving this @gracyaccad

Here come the fashion week posts! So sad to not be

Has anyone noticed that the sprinking of "dead" fl 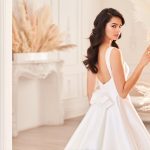 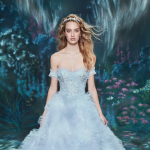