Quebec City is the only walled city north of Mexico. The city’s historic district was recognized by UNESCO as a World Heritage Site – one of only two such designations in North America.

Quebec City is situated on a natural citadel that was fought over constantly by the French and English in the 17th and 18th centuries. The English wrested control in 1759 and contributed the walled fortifications.

Vieux-Quebec (Old Quebec) is small and dense, steeped in four centuries of history and French tradition.

What looks like a castle high on a hill is actually the Chateau Frontenac, the most photographed hotel in the world. The hotel has attracted the rich and famous, including Franklin Roosevelt and Winston Churchill, who convened at the Chateau for two war-time conferences.

The Upper Town’s 17th and 18th century architecture, picturesque narrow streets and numerous parks and monuments are separated from the Lower Town by a wall of steep rock, against which are built the city’s more than 25 escaliers or staircases.

Dozens of small inns, cafes and souvenir shops line the streets. Public art is everywhere, as are street performers in most of the town’s squares and parks. Visit the Notre-Dame de Quebec Basilica-Cathedral, the oldest parish on the continent north of Mexico.

The annual Quebec City Summer Festival is a must. Musicians from around the world perform in and around the old city. For a romantic winter trip, check out the Quebec Winter Carnival, visit the Hôtel de Glace (literally a hotel made of ice!) and why not try dog sledding at Aventures Nord-Bec Stoneham.

Quebec City is often referred to as North America’s fine dining capital. Experience the cuisine in its casual dining, sidewalk cafés and bistros.

What you need to know 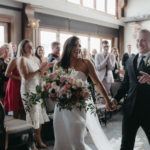 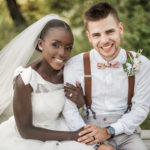