Jonathon and Katelyn met in December of 2010 on a dating site. The two began to chat online, and a week later decided to meet face to face. That first meeting felt like they had known each other their whole lives, both convinced they had found the one. In fact, on the couple’s third date Jonathon surprised Katelyn with all of her favourite things and that’s when she knew he was someone special.

Two years later the couple bought their first home in Barrie, ON and less than a year later they were engaged. Jonathon proposed to Katelyn unexpectedly after returning home from a long trip. Jonathon was on the ground playing with their dog, Remington, and got down on one knee. Little did Katelyn realize that Jonathon was holding a ring in his hand. “That trip away from her made me realize that I couldn’t live without her, and I wanted to be the one she woke up to each morning,” recalls the groom. It’s a moment, Katelyn says, she’ll always cherish.

As for the couple’s favourite wedding details, they include a memorable drive to the church in a classic Ford Model T car, the flowers throughout their wedding, and the owl and falcon as featured entertainment. “Everyone loved it – the owl was a symbol from the stories my grandfather used to tell me as a little girl, so the wedding evolved around that,” says Katelyn.

One of the reasons that Katelyn’s drive to the church was so memorable was because of of her father. “He’s not a man of many words, but as we were driving he kissed me on my cheek and said ‘You are truly a princess today’,” says Katelyn.”

time to cut the cake

walking through the vineyard

Is anyone else a sucker for a beautiful flower ins

Weekend vibes. All you need is a gorgeous dress, k

It's the weekend! Who needs a wedding? We want thi

There's just something about this photo that shows 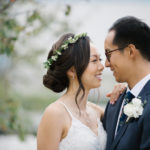 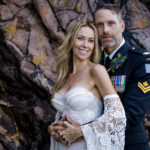 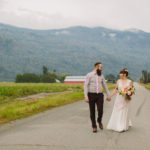 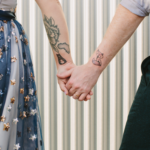 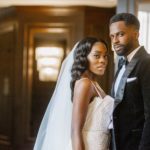