Anita and Kelvin went to high school together but never spent time together until two years after they graduated. They crossed paths again at a mutual friend’s house. Weeks later they were at a pool hall with mutual friends and started talking. Once the two had gone out on their first date, they became inseparable.

Kelvin proposed on September 24 2013. He picked up dinner, and had it waiting when Anita got home from work that day. Afterwards, they went into the living room. Kelvin started saying beautiful things, recalling the first time they met, and how he always knew Anita was the one. Then he got down on one knee and asked Anita to be his wife.

The couple’s favourite wedding moment was their first dance,  to the song “A Thousand Years” by Christina Perri, “It was the first moment in the whole day where we could focus just on each other and take it all in, we could relax and just be happy,” says Anita. “It felt like we were the only ones in the room, and I had never been happier…it was perfect.”

As for the couple’s favourite wedding detail? It’s one that was sweet for both bride and groom. “Our cake was great – Kelvin is into wrestling and I’m into Harry Potter, so we had a traditional wedding cake topper but added a few details such as a crown and belt from his wrestling action figures,” says Anita.

These copper details are amazing! Check out that t

It's the weekend! Get happy! This styled shoot is

Rooftops were made for romance. And therefore, roo

This couple had always wanted an intimate wedding, 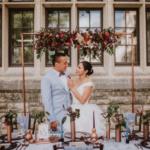 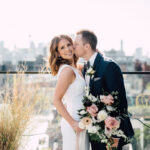 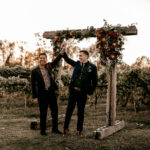 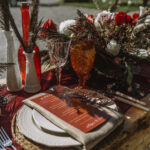 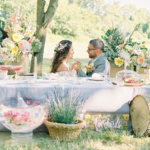